Bike Run for MS at the Bow-Tie 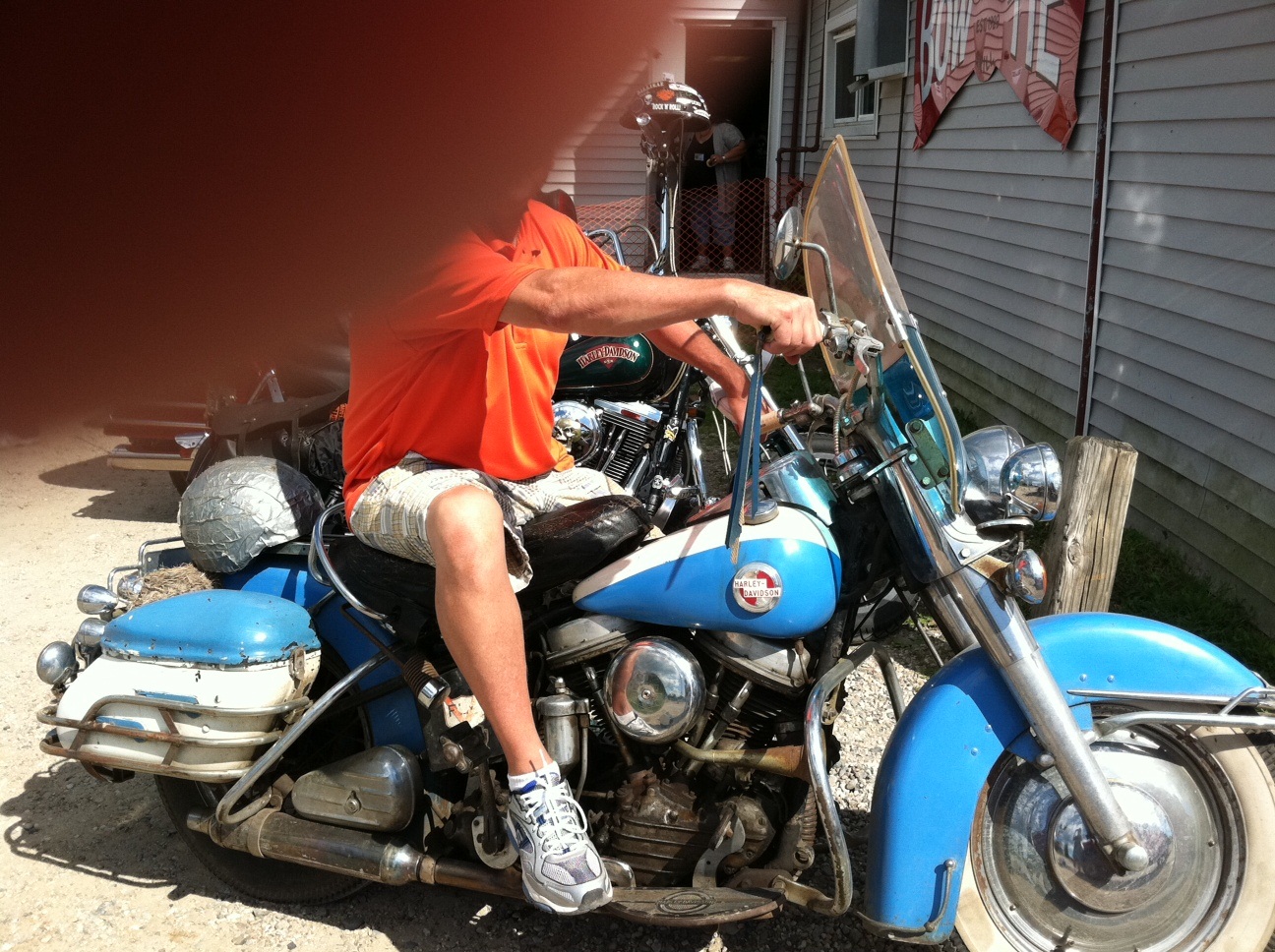 We had a great time spending the day at the Bow-Tie Tavern in Sparta two weeks ago.  We were invited and funded by Scheidel Pools owner Dave Scheidel.  Thanks so much Dave.

Dave also brought his 1957 Harley for BBQ Bob to ride which is also the year Bob was born.  How cool and he didn’t even dump it!

Here is the response from Don Erickson who’s wife Kim started the event after her best friend contracted MS.

On Thu, Sep 8, 2011 at 10:31 AM, Don Erickson <ericksonweasel@gmail.com> wrote:
> Bob,
>
> I just wanted to drop a quick line and thank you once again for doing so
> much to promote our MS Motorcycle Run. The live broadcast really made it
> special. The day was a great success and we once again raised over $10,000
> for the cause – A World Free of MS. That put us over the $100,000 mark since
> I started the run so many years ago.
>
> Also, Gary and Larry wanted me to extend a huge thank you to you for the use
> of the extra grill. It really helped with heating up all the side dishes for
> the meal. With all the chicken they have to cook, they need all the grill
> space they can get. Having your grill there took a lot of pressure off them.
>
> Thanks again from me and all the great people who help make this run a
> success year after year!!

The Grillin’ Guys hope to be invited back again next year.

This photo used special features to hide the identity of the rider.