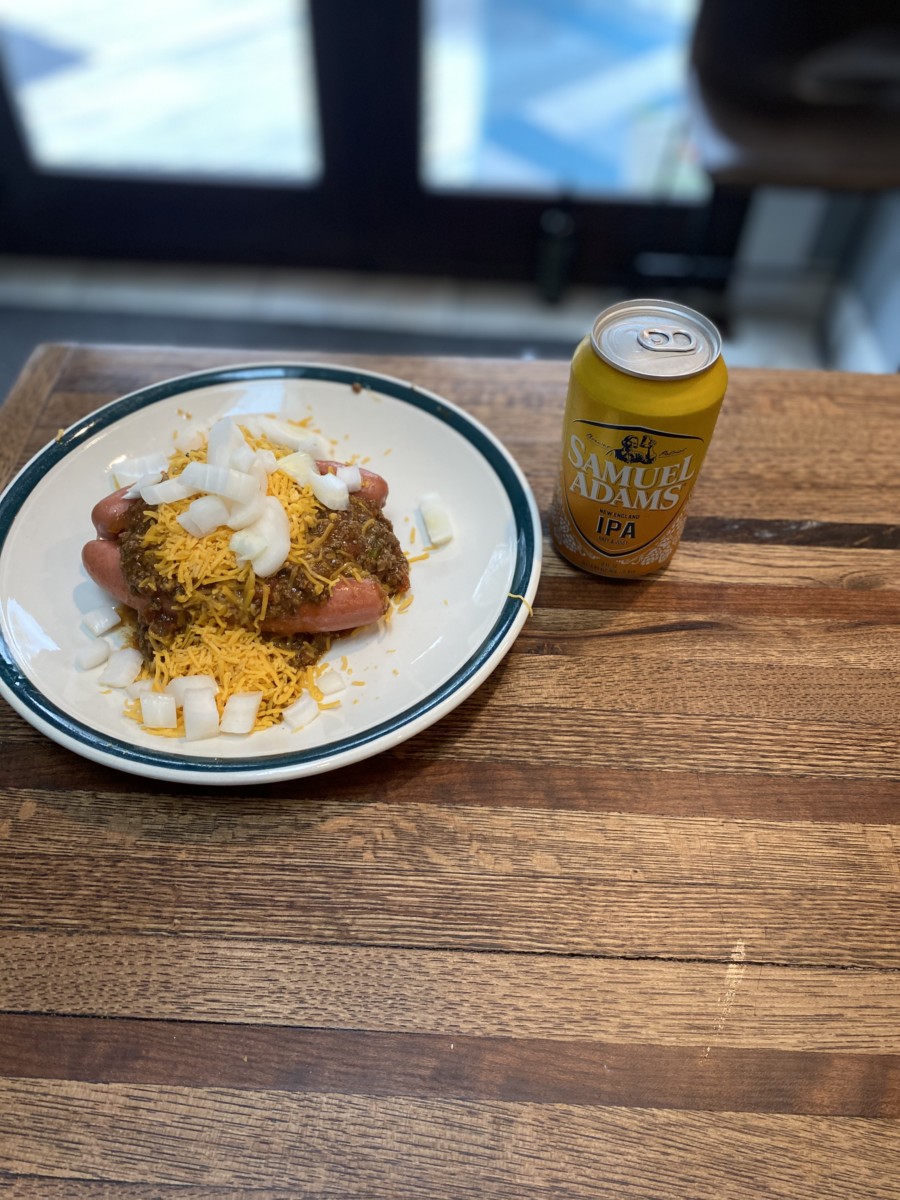 I decided to make one of my favorite meals because I found a beef heart from my last cow in the freezer. For Christmas a couple years ago, my family got me some attachments for my wife’s big KitchenAid mixer and those attachments included a grinder. So I cut the beef heart into smaller chunks, hooked up the grinder attachment, and went to town turning that large muscle into a burger like substance.
I heated up a large Lodge Cast Iron skillet and sautéed some finely chopped celery and onions with some Old World Olive Co. garlic EVOO.
I seasoned with chili powder, paprika, cumin, and turmeric and stirred continuously. I learned from my good friend Jim Crank @CrankersBrewery that Lafayette also stirs mustard into their recipe.
I then opened a large can of sliced tomatoes and pour those in to the mixture and begin to simmer. Once those had cooked for five minutes I took my potato masher and started mashing the entire mixture down breaking up the tomatoes and any other larger chunks of meat or vegetable so that the consistency was the same that I enjoy when I’m at Lafayette Coney Island in Detroit.
I then poured in about a half a box of Swanson chicken broth reserving a little bit and putting it in to a small mixing bowl where I threw in a few tablespoons of flour. I whisked that together and once my brew was simmering, I poured in some of the flour broth mixture and thicken it up to a perfect consistency.
I then boiled two Koegel Viennas in water, toasted a piece of nine grain bread and layed the Viennas on top of the bread.
I chopped up Vidalia onions and shredded cheddar cheese to top it off and would typically tell you to squirt some mustard on top as well.
Oh yeah, this went very well with a Samuel Adams New England IPA.
Bon appétit.
BBQ Bob