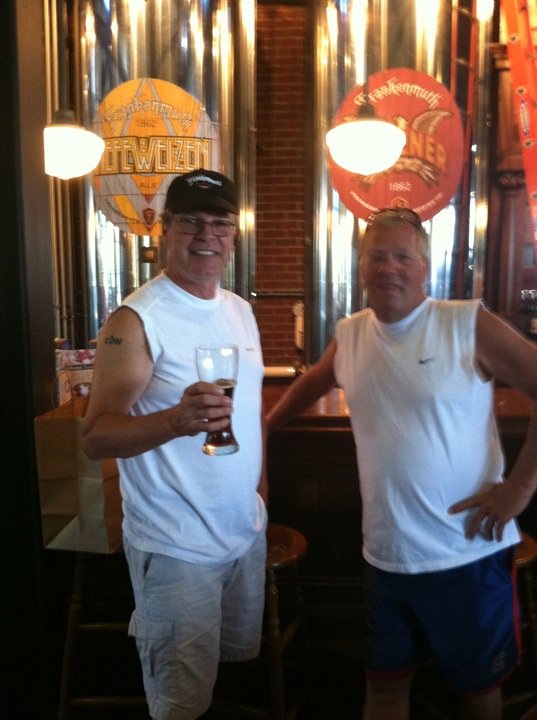 Yesterday we said goodbye to a long-term best friend, Rob Russell.  Rob was one of our board of directors, a faithful contributor to the show, pal, teacher, and all around good spirit.  Rob was in a tough battle with cancer and could not beat it.

I (Bob) met Rob when I signed on to Rep the Ace of Hearts Barbecue products from Kansas City.  We were fast friends and he began mentoring me in the art of Kansas City style barbecue.  Later, he and I would travel the country teaching barbecue classes to our dealers and their customers.  We did and annual event for his friend, Coach Dick Vermeil at his Boy Scouts Golf outing in Philadelphia.

Rob took Jop and I hunting on his Topeka, Kansas ranch where we saw (and missed) the biggest whitetails one could ever want to see.  He took us to his cottage and sipped wine on the dock while Jop dropped the bait into his wine glass.  The memories are so many, but mostly, we remember his oversized heart.  His wife Beth, son Levi, and daughter Allie are surely at a tremendous loss.

May God wrap you in his arms and show the the promised land.