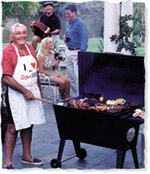 Founded by Percy Guidry in 1945 as a small blacksmith’s shop, Percy Guidry Manufacturing has
played an integral part in the growth of the area known as Cajun Country. From horseshoes and
small iron tools for farmers, to metal structures for the Oil & Gas industry and on to today’s
magnificent ornamental ironwork seen in the finest homes and offices, the Percy Guidry name is
synonymous with the best in the industry. Percy believed in good service to his customers and in
his community. That commitment lives on today in his son’s and grandchildren’s dedication to
quality craftsmanship. Still family-owned and operated, with six generations of metal working
tradition behind it, the Percy Guidry name is a name you can trust!

Cajun Country is defined as an eight parish area first populated in the early 1600s by French-
speaking refugees of “le grand derangement” (or French Diaspora) of French farmers from the
Acadie province of Nova Scotia, Canada, by the then ruling British army. During this terrible time in
colonial history, whole families were driven from their homes and hurried onto boats bound for
unknown lands. Many families were separated in the expulsion and would later search desperately
for each other in their new homeland. Longfellow’s poem, “Evangeline”, documented the tragedy of
young Emmaline LeBiche who waited for her betrothed by the banks of the Bayou Teche in what is
now St. Martinville, Louisiana.
Drawn to French Louisiana by the common language, the Acadian people, or Cajuns, had finally found a home in the marshes and fertile plains of south-central
Louisiana where their descendants have flourished ever since.

The Guidry name is found among those who first arrived in this influx of early settlers. Their descendants have remained a vital part of the community and serve as
ambassadors of Cajun culture around the world.